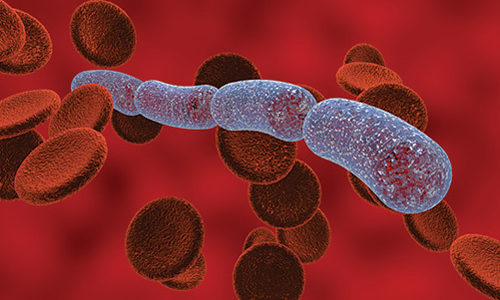 Without quick treatment, sepsis can lead to organ failure and death.

Among children aged five years or less, symptoms include:

For older children and adults, symptoms include:

People are being urged to watch out for the warning signs of sepsis after the condition led to hundreds of “preventable” deaths in Tayside and Grampian hospitals last year.

More than 3,500 confirmed cases of sepsis – an infection of the blood which causes the body to create a strong immune response – were recorded in NHS Tayside hospitals over the past five years.

In the last full year where data is available, 26 people lost their lives to blood poisoning in Tayside and it was recorded as a secondary cause in 133 deaths.

Of the 3,556 confirmed cases, only 2,445 attended accident and emergency units.

In the Grampian area, 29 people died and sepsis was a secondary cause in 137 deaths.

The figures were revealed by the Scottish Conservatives, whose MP Andrew Bowie has urged people to report any early signs amid concerns fewer people are seeking help.

The West Aberdeenshire and Kincardine MP said: “Any death through a preventable illness is one too many.

“Too many people are dying from something that can be avoided by early detection and administration of antibiotics.”

He said the national charity Sepsis Research (FEAT) had carried out research which showed public awareness of the main symptoms is not cutting through.

“There is also anecdotal evidence that people aren’t reporting possible symptoms due to the pandemic,” he added.

“The reasons why are understandable but the danger in this can’t be overstated.”

Early symptoms of sepsis include fever and chills, an elevated heart rate and breathing faster than normal.

As the infection progresses blood pressure falls and organs are at risk of failure.

An NHS Tayside spokeswoman said the health authority had carried out a range of improvement work over the past few years to improve early recognition of the signs of sepsis in patients when they are admitted to hospital.

“This includes workshops for junior doctors, clinical working groups and applying the One Hour Sepsis bundle of medical therapies,” she said.

“This improvement work has led to an increase in the number of cases being identified as sepsis as awareness of the condition and its symptoms grows.”

An NHS Grampian spokesman said: “Anyone can develop sepsis after a minor injury or infection. It can affect people of any age or condition of health.

“If you suspect sepsis you should seek urgent advice from your GP. If your GP practice is closed, phone NHS 24 on 111. If sepsis is suspected, you’ll usually be referred to hospital for further diagnosis and treatment. Sepsis is a medical emergency.

“If you or someone you care about has a rapid progression of these symptoms phone 999. Time is critical when it comes to treating sepsis and every hour counts.”

In cases of severe sepsis, or sepsis shock, signs can include nausea, muscle pain, slurred speech or loss of consciousness as well as the above symptoms.

If detected early, the condition can be treated through a dose of antibiotics. However, if sepsis shock develops then hospital admission is likely.

When caught early, patients will often recover with no lasting after effects.

More can be found on the NHS Inform website.
Source: https://www.thecourier.co.uk/fp/news/local/dundee/1865395/calls-great-awareness-preventable-sepsis-deaths/