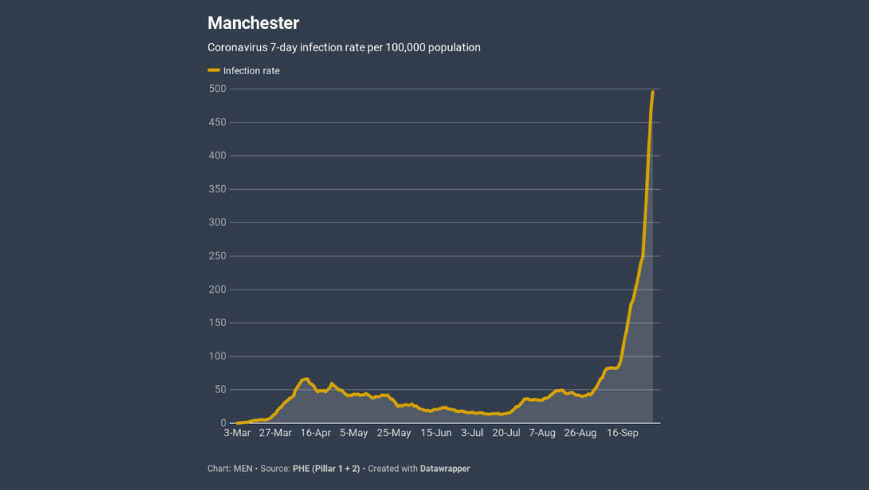 Manchester is the country’s coronavirus hotspot as new data shows it has the highest infection rate of any area in England.

Figures released by Public Health England show the 7-day rate in Manchester, has reached 495.6 cases per 100,000 population for the week ending on October 1.

The new high came as infection rates in every Greater Manchester borough were revised upwards after a government computer glitch meant thousands of positive test results were missed.

Public Health England said nearly 16,000 cases – which had not been reported over the previous ten days – had been added to the official data over the weekend.

Although all those who had positive tests were notified, it has been reported that the computer error may have led to delays in the test and trace system.

The glitch also means that local authorities in Greater Manchester – and the public – have not been aware of the true level of infections over the past ten days.