New particle discovered in the bloodstream of patients with sepsis 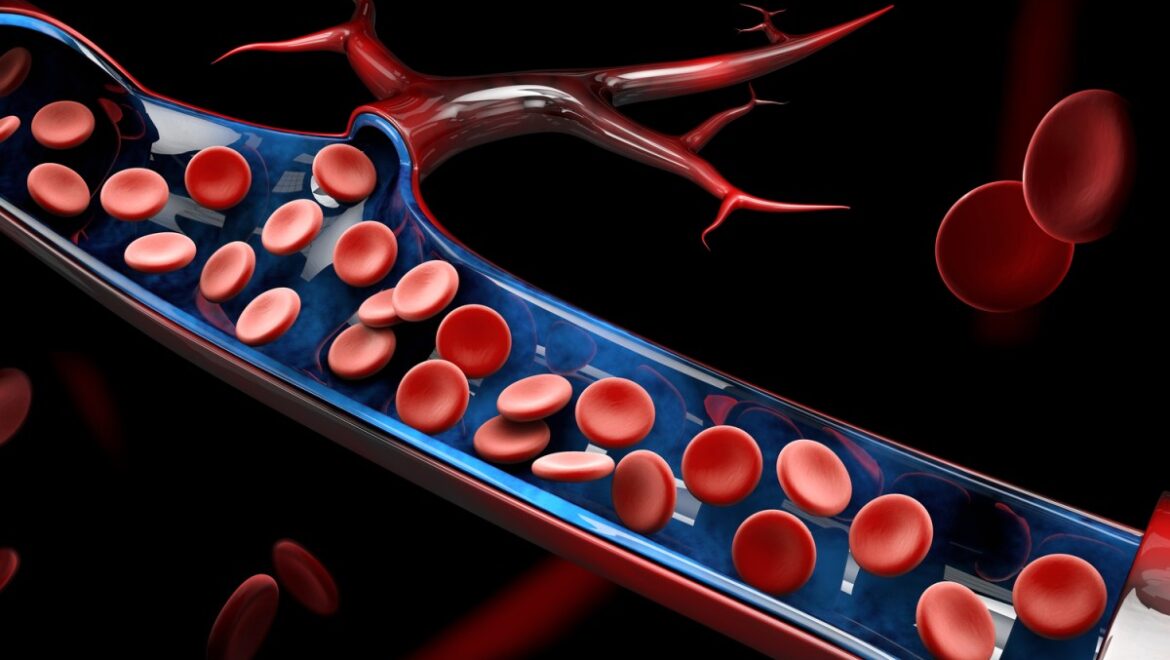 A brand new type of particle has been discovered in the human bloodstream. The sausage-shaped structures were first found by researchers at La Jolla Institute for Immunology (LJI) in mice with sepsis, and they appear to be related to inflammatory disease.

The team originally noticed long, thin shapes sticking to the walls of blood vessels in mice, and realized that there was no description of them in the medical literature. On further study, they eventually came to call them elongated neutrophil-derived structures (ENDS).

“We actually found a new particle in the human body that had never been described before,” says Alex Marki, first author of the study. “That’s not something that happens every day.”

As the name suggests, these particles are created by neutrophils, immune cells that are the body’s most common first responders to injury and disease. Neutrophils move through the bloodstream by sort of rolling and flopping along the vessel walls, and the LJI team discovered that in doing so they leave behind fragments that become ENDS.

Neutrophils attach themselves using tubes called tethers, and as they move these tethers become longer. Eventually they snap off, floating away to become an ENDS. Imaging showed that these ENDS stick to blood vessel walls for a little while, curling up over time before eventually dying. 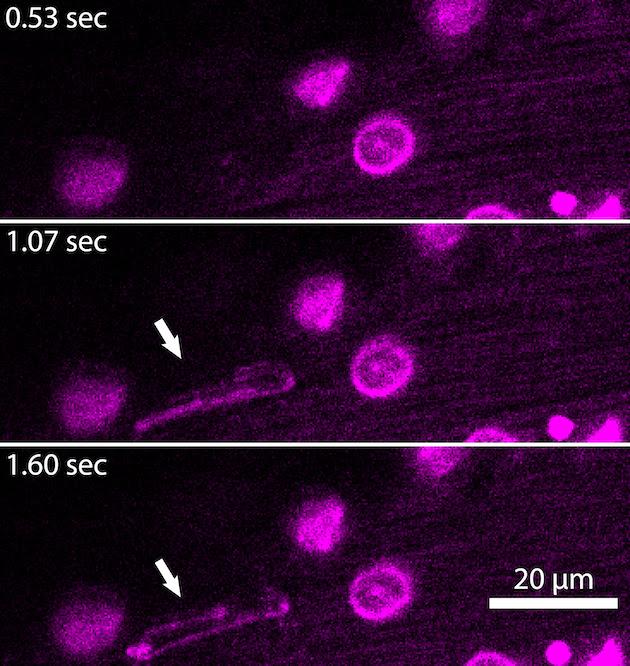 A timelapse image of ENDS forming and changing in the bloodstreamAlex Marki, M.D., Ley Laboratory, La Jolla Institute for Immunology

These little structures have so far only been detected in culture cells, live mice and human patients with sepsis, which may explain how they managed to avoid detection for so long. Since neutrophil numbers are increased in the presence of infection, it follows that ENDS would also appear in higher numbers in these patients.

“ENDS are not normal – they are not detectable in healthy people or mice,” says Klaus Ley, senior author of the study. “But ENDS are very high in sepsis, and I would not be surprised if they were high in other inflammatory diseases.”

In the long run, ENDS could serve as a biomarker for certain diseases, although the researchers say that the technology to detect them isn’t yet where it needs to be for widespread clinical use. The team hopes to investigate ENDS further by collecting more samples from patients, at different points in the progression of a disease.

The research was published in the Journal of Experimental Medicine.