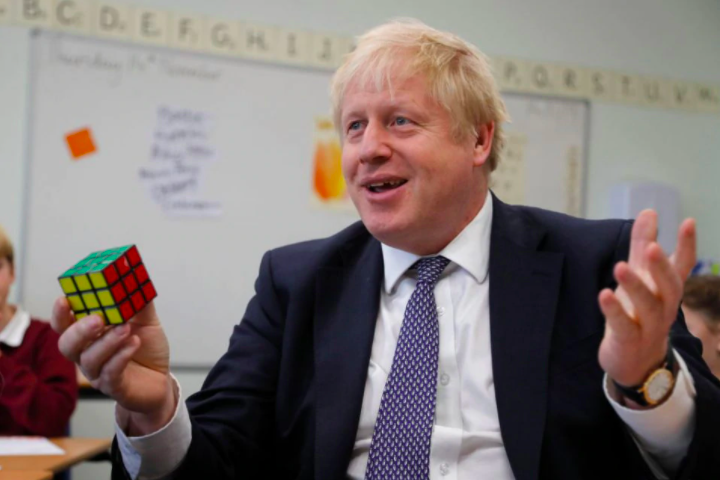 Boris Johnson is pushing for schools to reopen as soon as possible after being told by the chief medical officer that the “peak of infections has passed”, according to reports.

The Prime Minister has told ministers to prioritise children’s education as the government’s most immediate focus, with extra funding earmarked to help students falling behind.

Johnson announced last week that schools in England would remain closed until at least 8 March after being pushed back from an original reopening date of mid-February.

On a visit to a vaccination centre in West Yorkshire yesterday, the Prime Minister said restoring children’s education was the “biggest challenge” the government currently faces.

“We want to repair any damage or any loss, any detriment to kids’ education as fast as possible,” he added.

It comes after Professor Chris Whitty is understood to have told the PM that the peak of infections had been passed last week, according to the Telegraph.

Latest figures showed the virus has fallen to pre-New Year levels in every region of England, with the UK yesterday recording 18,607 new infections — a 30 per cent drop compared to the previous Monday.

Ministers have insisted that Britain is on track to achieve its target of vaccinating the four most vulnerable groups by 15 February, and all over-18s by May.

Almost 9m people have been given their first dose of the jab so far, with a further 487,756 vaccines administered yesterday alone.

The NHS will start sending vaccine invites to around 3m people aged between 65 and 69 from next week.

However, the discovery of the South African variant cases around the UK has cast fresh doubts on the timeline of the UK’s return to normality.

Door-to-door testing for the new strain will launch from today for residents in the London boroughs of Ealing, Haringey and Croydon amid government plans to “snuff out” the variant, which is understood to me around 70 per cent more transmissible than the original strain.

Around 80,000 people in other areas around the country including Guildford, Maidstone, Walsall, Preston, Mitcham, Woking and Broxbourne will also be part of the surge testing plans.

Read more: Tokyo 2020 Olympics will happen this year regardless of Covid-19, organisers insist

It comes after a “small number” of people were found last week to be infected with thenew mutation despite having no travel links.

Gene sequencing has so far found 105 cases of the variant, with 11 infections unlinked to foreign travel, prompting concerns the South African variant is now spreading in the community.